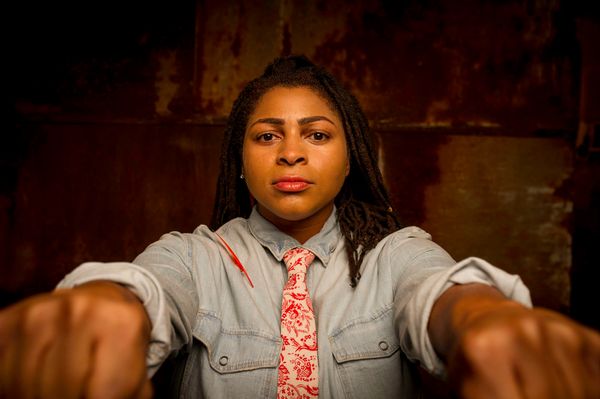 Nikki Glaspie is among the premier drummers in music today. As a founding member of The Nth Power she's blazing a path of light, and rolling waves of love in her wake. A student of J Dilla, James Brown, Led Zepplin, Earth, Wind & Fire, Gospel traditions and all points between, Nikki Glaspie has toured the world as the drummer of Beyonce's backing band SUGA MAMA, trotting the globe behind the likes of Maceo Parker, Ivan Neville's Dumpstaphunk, Martin Luther, and more. Glaspie studied at the prestigious Berklee College of Music in Boston, and credits Professor Angelamia Bachemin as her single greatest teacher/influence. For the better part of two decades, Nikki has been in-demand, with a who's who of the jazz/funk scene. Nikki Glaspie is already a living legend, well before her fortieth birthday. Remarkably, it feels as though she has merely just begun!