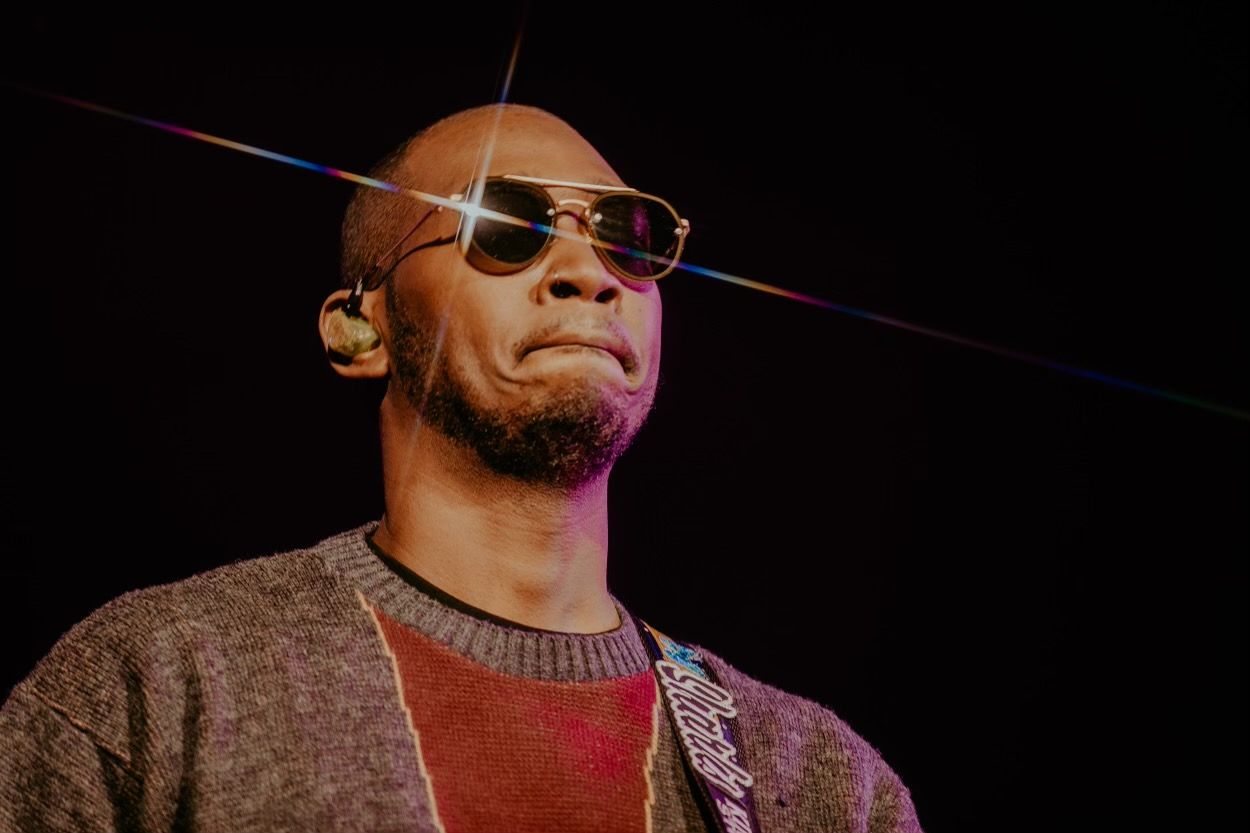 “From playing Chicago’s jazz clubs in his teens to winning a Grammy before he was 30 and becoming John Mayer’s new sideman, we meet one of the most interesting and exciting guitar talents on the planet…”
- Guitar Magazine

"I never chased being a celebrity guitarist, because I'm too busy liking what I do"
- Guitar World

“His latest single, the slow-burning “Stay“, appropriately served as one of the evening’s big highlights. An Isley Brothers-style R&B vamp awash with lead runs and exploded chord voicings, adorned by harmonics and hammer-ons, and strung together with a genius-level phrasing and tastefully reserved dynamics, this “Stay” was a showcase for all of the traits that have made Isaiah Sharkey your favorite guitarist’s favorite guitarist through the years.”
- Live for Live Music

Guitar virtuoso, multi-instrumentalist, singer, songwriter, producer, educator and activist are just a few titles used to describe the musical powerhouse known as Isaiah Sharkey. Hailing from a musical family in Chicago, he picked up his first guitar when he was just 3 years old. Creating music came naturally to him and it wasn’t long before his family realized he had an irrefutable gift. By the age of 14, Sharkey was performing in clubs in Chicago and a few short years later he had piqued the interest of music industry giants like The Isley Brothers, D’Angelo, for whom he won his first Grammy Award, John Mayer, Patti LaBelle and many others. Blending his background in rock, gospel, jazz, R&B, blues, and funk, Sharkey has created his own original sound with an unmistakable dose of soul. His highly anticipated debut album "Love.Life.Live."  was released in September of 2017 and earned him the iHeart Radio Artist of the Month Award in November for his single “It’s a Shame”  featuring DJ Jazzy Jeff. His sophomore album "Love is the Key: The Cancerian Theme" was released in June of 2019. During the Covid 19 pandemic, Sharkey wrote and recorded with a few of his colleagues including Cory Henry and Common. Sharkey is also recording new music for his latest release after finishing his U.S. and European tour this summer.